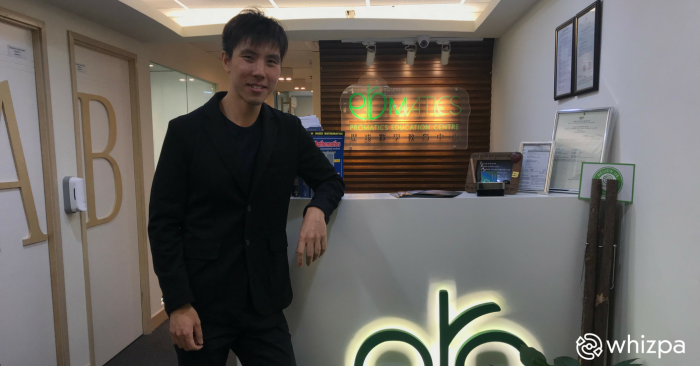 Promatics Education Center, located in the heart of Central, is a mathematics training center founded by Nicholas Tin in 2014. Specializing in tailor-made math programs, Promatics always places top priority on their students. All students who come to Promatics are required to do an assessment before enrollment. The curriculum would then be adjusted based on each student’s specific weaknesses in order for them to learn effectively.

“For the previous 5 years before starting Promatics, I was working with someone else at a different tutorial center in Hong Kong. That was few months after I graduated from university. The owner who is a friend of mine called me one day and asked if I am interested to start a new math program at her tutorial center. I then became a teacher,” says Nicholas. Starting with just 5 students, the student base of Nicholas’s math program grew rapidly to more than 80 students. Due to the increasing numbers of students, Nicholas decided to open his own place and Promatics Education Center was founded. “It was definitely a challenge for me to set up my own place. For the previous 5 years being merely a math teacher, I didn’t really have to care about anything. All I had to do was to teach and prepare teaching material. But then when Promatics was started, I had to be responsible for everything like management, human resources, rent, and even school license application. I must thank my previous boss for being my mentor to support me in terms of how to teach students and manage the center.”

The curriculum at Promatics has been created by Nicholas himself, with reference to the Singaporean and local school curriculums. With a majority of his students coming from international schools, Nicholas designed the curriculum as a combination of both local school and international school systems. “I was trained in a local school system and I knew how effective it could be with the robotic training. However, to cater the international school scheme, I have to design questions that enable students to think and understand the concept, and ultimately be able to deliver the concept verbally and literally. That’s why I follow the Singaporean curriculum because it works very well, particularly on the problem solving part which allows students to understand the questions and do the calculations by making their judgement.” Although Promatics has their own curriculum, they also adapt the program a bit based on each students’ own school curriculum. Nicholas points out that school curriculums of international schools in Hong Kong tend to be quite messy especially for primary school. Students are required to learn many things at the same time. Promatics is therefore here to make things more structured so that students can learn effectively and be prepared for secondary schools. Nicholas said that they would love to keep true to their brand by running their unique curriculum, but students need to handle what their school is expecting them to do, and therefore the Promatics program is tailor-made for each student according to their level and their school.

With a maximum student-teacher ratio of 1:4, Promatics currently has five teachers including Nicholas. “When recruiting teachers, I don’t just look at their background, but also at the teacher themselves - such as how passionate and how determined they are. This can indicate how willing they are to help students to grow and learn better,” says Nicholas. Consistency is another essential factor Nicholas considers very much because he does not want students to be taught by different teachers all the time. Nicholas says “our teachers know every single student. We all know exactly what the students are doing. I believe this makes Promatics stand out the most from other math centers. We have close relationships with the parents too, and we would invite them to have conferences with us one or two times a year to talk about the progress of the students.”

Every year Promatics organizes a ski camp to bring a group of students to Japan to ski. “I love skiing. I actually started skiing when I was very little. I felt in love with it and started to ski quite often. Through skiing, I was able to build up my confidence and was brave enough to do a lot of different things,” says Nicholas. Because skiing has benefited Nicholas so much, he wants to translate this sport into a pathway to help students build up confidence. He therefore worked with his friend who is a ski instructor and also a passionate educator to organize the ski camps. In the camps, students are trained to be independent - to be able to take care of themselves and manage their own time. “We got very good responses from parents about the camp. Sometimes parents themselves would go with us if their children are too young to go on their own. I am very glad to see the ski camp is running successfully and I look forward to the future ones!” The upcoming ski camp will be run during the Chinese New Year and Easter Holiday next year.

Regarding his future plans for Promatics, Nicholas points out that student enrollment is not really his first priority. Teaching quality is always the most important thing at Promatics. “We have consistently helped students get good grades at schools and get into the boarding schools or universities of their choice. We have also helped some students who have learning difficulties. It can be challenging for us to teach, but we manage to make it all happen. No matter what happens or whether students are bad at math, until the student gives up on us, we won’t give up on them.”

Have a review on Promatics Education Center? Go to https://whizpa.com/listings/promatics-education-centre 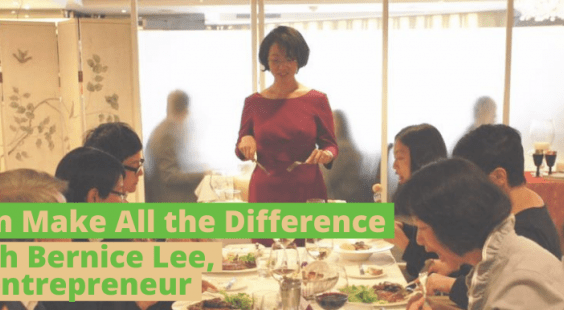 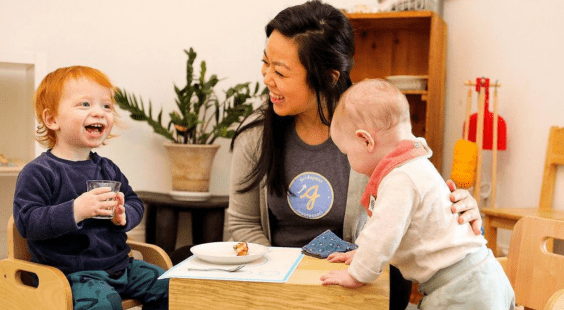