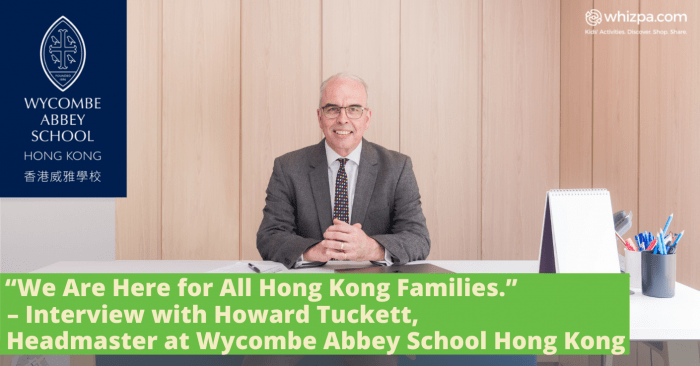 “We Are Here for All Hong Kong Families.” ──Interview with Howard Tuckett, Headmaster at Wycombe Abbey School Hong Kong

Life Before Being A Headmaster

My name is Howard Tuckett. I was born in Epping, Essex, in England in 1960. When I was 11, my father’s company moved us to South Africa, where I completed my education and initial teacher training. My wife - Colleen and I married in 1986.

Being a Headteacher is a consistently challenging role. I have been doing the job for over twenty years now. I guess there is adversity in the constant pressure for a school to run well. In that respect, endurance to keep providing consistent and reliable leadership in a school has been the biggest challenge. This kind of job is a marathon rather than a race!

The Journey to Becoming A Headmaster

As a child I always wanted to be a teacher. I had so many teachers I admired while I was at school, both in the U.K. and in South Africa. I have two grown-up children.

I don’t particularly aspire to be anyone else, other than to be the very best I can be within my own skills and abilities. My mentor was always my father. Even after his passing in 2012, I always take his view on life as a guide for whatever faces me.

I trained as a teacher At Edgewood College, which is the Education faculty of the University of Natal, (1979-1982). I completed a Master’s degree in Education with the Open University in England, (1995-1997).

I have served as Head teacher since 2000.

In November 2017 I received a phone call asking me if I would be interested in finding out about being the Founding Headteacher of Wycombe Abbey School Hong Kong. How could I not be interested?

The Challenges of Running A School in Hong Kong

We opened WASHK In September 2019, during the civil unrest of that year. Since then, we have been dealing with Covid 19 and all that has brought to schools. All my time in Hong Kong has been under one local crisis or another.

For a brief history of Wycombe Abbey in England, I attach a link to the ‘Heritage’ page of the school’s website. [ Explore « Wycombe Abbey ].

The founding team in Hong Kong comprised of a dozen academic staff and a small administration team. More colleagues have joined regularly as the school has flourished, even during these difficult times.

The school is led by the Head, currently me. We have one senior lead for Administration and a Deputy Head, who is also the Head of Chinese Language teaching.

There is no automatic progression for girls from WAIS schools to Wycombe Abbey in England. However, the two girls from our school who applied to Wycombe Abbey last year both received their places and start there this week. Following many applications from Hong Kong last year, Wycombe Abbey only offered four places to Hong Kong girls; we were delighted to have received two of those. Our pupils also received offers from Cheltenham Ladies College and City of London School for Girls last year.

Whilst Wycombe Abbey U.K. is a senior school and we are a Prep, (Primary) school, we both follow the National Curriculum for England and Wales as a core curriculum document. Therefore, the teaching at our two schools is as aligned as it can possibly be. Our pupils follow exactly the same curriculum here in Hong Kong that they would if they were at a U.K. Prep school.

The only real differences between our two schools are:

The Environment and Facilities in WASHK

A stimulating learning environment is critical for any great school. I consider myself very fortunate to have been part of the group who designed our school from a blank piece of paper. We started with an empty shell, of what had formerly been a shopping center and designed the school from scratch. As a teacher, I was able to offer practical advice as part of this creative process.

Because the school was designed specifically for primary-aged children, they use all of the facilities very effectively. We are constantly looking at ways to add and improve to our existing design.

The entire campus is unique but three noteworthy aspects are:

Firstly, WASHK is not an international school – it is a private school. We are not here just for expatriate families, although many come to us. We are here for all Hong Kong families.

The school is equally strong in all fourteen subjects across the curriculum.

I believe our unique contribution to Hong Kong education is our excellence in teaching the U.K. national curriculum, supported by our outstanding Chinese language programme.

iSTEAM is one of our specialist subjects and is taught in specially created classrooms for all age-groups.

All have to have experience and knowledge of working with the National Curriculum for England and Wales, as preparation for GCSE and A-Levels.

Many hold Master’s level degrees and several are currently studying for Master’s degrees at the moment. We also offer teacher training opportunities and support for our Teaching Assistants.

Next Steps for WASHK Graduates

A large number of our students are preparing for entry to British boarding schools. As reported above, we have already had considerable success in the offers our students have received from these schools.

All of our departing 13+ (Year 8), students are offered places in one of our WAIS boarding schools in Mainland China, (Wycombe Abbey Changzhou, Wycombe Abbey Nanjing or Wycombe Abbey Hangzhou).

Many of our students will also remain in Hong Kong. As an outstanding Prep school, we can prepare them for places at any one of the exciting senior school options in Hong Kong, including the international schools.

We continue to explore options to open our own secondary school in Hong Kong.

Wycombe Abbey in the Next 5 Years

Having founded the school and completed the task of establishing Wycombe Abbey School Hong Kong, in the next five years, I expect the school to be at capacity in terms of pupil numbers and to have become one of the most prestigious prep (primary) schools in Hong Kong.

Whilst we have generous outdoor provision for a Hong Kong school, I would always wish that we could have more outdoor facilities.

The most important element/feature in a school is a passion for excellence that is woven into the culture of the school and exhibited on a daily basis across the entire school community. 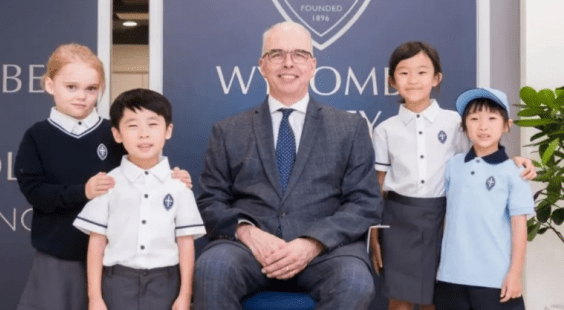 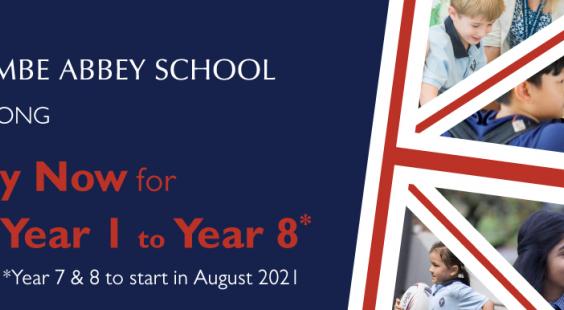