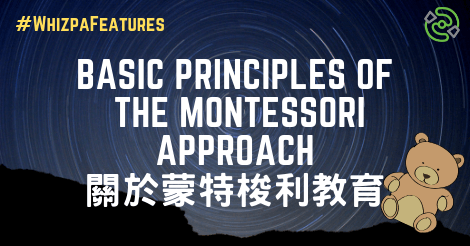 One of the challenges of being a parent in Hong Kong is choosing between the different schooling systems on offer around the city. This often means that we are flooded with lots of information but not necessarily having an in-depth understanding of each of the different approaches. With Pi now attending a Montessori class on a weekly basis, I often get asked by relatives and other fellow parents, “What is Montessori?” It is difficult to sum up all of Montessori’s education principles but these have been some of my key takeaways from our Montessori journey so far.

A pioneer of her times, Maria Montessori was the first female doctor in Italy.  She dedicated her life to develop a method of education based on her scientific observations of children. In her early days, she developed teaching methods for children with special needs and learning disabilities. Her methods focused on the children to perform everyday tasks such as preparing meals and to care for their environment. This ultimately led to some of these students sitting for the state exam and successfully passing it. This success inspired Montessori to conclude that all children were born with intellectual potential but it was not necessarily developed in the traditional education system. She therefore set out to apply her methods more broadly to all children. In 1907, she set up the first Casa dei Bambini “Children’s House” where she developed the “Montessori method”. The success of the first Casa dei Bambini prompted the opening of many Montessori schools around the world. After experiencing two world wars, Montessori advocated for peace, women’s and children’s rights through her education philosophy during her later years.

What is the Montessori approach?

Through Montessori’s observations of children, she found that all children had an in-born desire to develop and are motivated towards their own self-construction through the medium of work. During the early years between the ages of 0-6, the direct aims of children’s development are focused on coordination, order, coordination and independence (C.O.C.I).

Montessori recognised that C.O.C.I laid the much needed foundations for a child’s lifelong development.  In a Montessori environment, materials are carefully selected to provide opportunities for children to strengthen their coordination (gross and fine motor skills), to build their concentration (crucial for future learning), to develop a sense of order (through classroom rules) and to achieve independence (physical and psychological). Montessori believed that practical life activities such as watering plants and washing a table allowed the direct development of these qualities.

What does a Montessori education aim to achieve?

A Montessori education is one which has profound respect for the child. It recognises the importance of “hands-on” learning, encouraging children to do things for themselves. This promotes self-reliance and self-esteem which contributes to social and emotional development in the long-run. By allowing the child freedom to choose their activity in the classroom, the children are guided by their natural development patterns. Montessori in particular identified children going through sensitive periods during their growth, these are times when a child is focused on developing certain skills. For example, I observed that Pi was intensely focused on pouring water at around 15-16 months. We would often pour some water for her to drink in her little cup and she would instantly pour it. We followed this sensitive period and gave her two cups to pour water from one to another endlessly during bath time. Now, at 21 months, we find she can pour liquids into containers with a fair degree of accuracy and drinks from an open cup with minimal spillages. As I cast my mind back, this could be attributed to her “obsession” with practising pouring water during this sensitive period.  Through following a child’s natural desire to repeat their chosen activity, C.O.C.I. is developed. A Montessori education recognises these sensitive periods and provides the children the necessary tools to develop. Children learning through this approach come to develop an increased level of confidence as they come to be aware of their own strengths and are motivated to pursue further learning.

What can adults do to support your child with the Montessori approach?

Given that Montessori based on methods on scientific observations of children. It is important for parents and educators to equip themselves with knowledge and understanding of child development. As discussed in my previous article , observation skills are crucial when it comes to recognising and respecting a child’s growth needs when they exhibit tendencies during certain sensitive periods. This will involve tremendous patience and refrain on the adult’s part, for example when the child may desire for a certain order in the way certain objects are arranged or when they may desire to repeat an exercise over and over again.   This at times may conflict with the pace and priorities of our own lives (which are often more fast-paced than that of a child).   It is important to remember that these tendencies are manifestations of a child’s need for development and they are not necessarily misbehaviour on their part. If we are able to allow a child to manifest their natural traits in a prepared environment, they are able to develop the necessary skills. Through this mastery of new skills, children develop self-confidence, independence and self-discipline, which will prepare them for life.

How is Montessori applicable to the world today?

In traditional education, a lot of emphasis is given on knowledge acquisition but if we look at the global trends and the demands of future talent, we are moving towards a model of skill mastery and transferable skills. The Montessori approach resonates because it recognises the importance of building a child’s intrinsic motivation for lifelong learning. My own education in Montessori has re-evaluated my perspective on the early years. Whilst some may say these are the “easy years” (particularly when speaking to parents of teenagers), these years are in fact the cornerstone for developing a child’s character through developing their self-awareness, confidence and self-discipline.

As a Montessori parent, I find immense enjoyment seeing Pi’s eyes light up when she makes a connection and “gets” something for the first time. Case in point: we have a box of farm animal figures that had been sitting on a shelf, uninterested and untouched by Pi. Until one night, during Pi’s current favourite bedtime story of “The Gingerbread Man”, Pi suddenly leapt out of her toddler bed, dashed to the living room to fetch the animals. She then held each one up as they were mentioned in the story, big smile across her face as she connected the dots between story and figures.  The satisfaction of associations she made through self-discovery is unparalleled if compared to, a drilling of animal names. Events like this remind me how we have benefited from a Montessori education and I hope that she continues to have this spirit of discovery in the years to come.

Find out more from our providers: 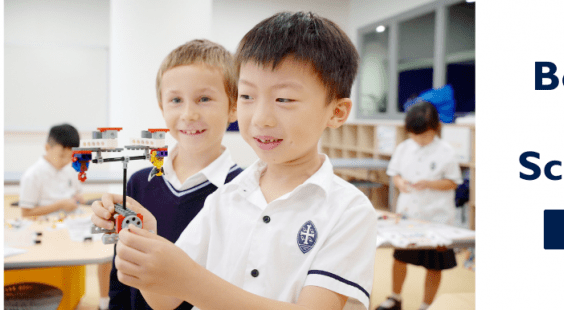 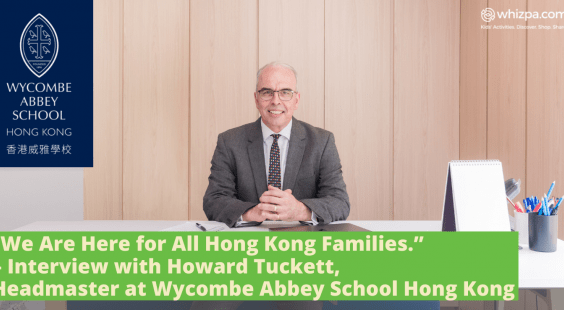 Wycombe Abbey School
Life Before Being A Headmaster My name is Howard Tuckett. I was born in Epping, Essex, in England in 1960. When I was 11, my father...
閱讀資訊
Experience Hong Kong’s Premier Prep School for British Education! 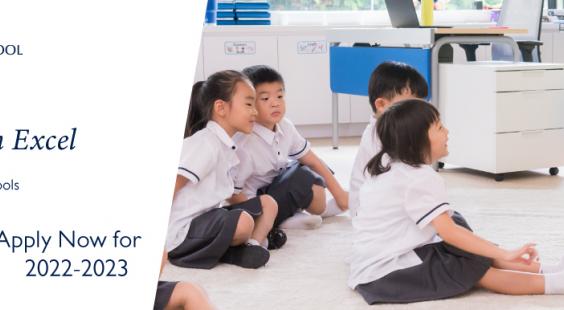