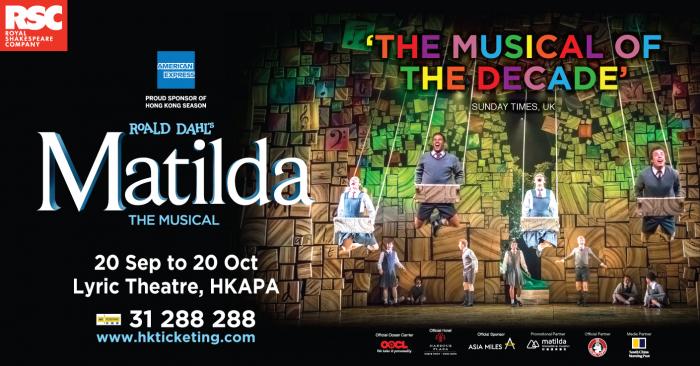 ‘EASILY THE STANDOUT MUSICAL OF THE DECADE’
Sunday Times, UK

Acclaimed as ‘the standout musical of the decade’ by the UK’s Sunday Times, the multi award-winning Matilda The Musical will make its debut in Hong Kong from 20th September to the 20th October, 2019 at the Lyric Theatre, Hong Kong Academy for Performing Arts.

Winner of over 90 international awards, including 23 for Best Musical, Matilda The Musical has been seen by over 9 million people around the world. Matilda is now in its seventh year in London where it continues to delight audiences of all ages.

‘AN EVENING OF UNADULTERATED BLISS’
The Guardian, UK

Inspired by the beloved book by Roald Dahl,  Matilda The Musical tells the story of a precocious 5-year-old girl who loves reading and learning, but is suppressed by her TV-obsessed parents who pay her little attention. Armed with a vivid imagination and a sharp mind, she dares to take a stand and challenge those above her for the greater good. Her world is again thrown into disarray as she starts a new school under the tyrannous grip of Head teacher Miss Trunchbull. Seeking solace in the library in a world of her imagination and creation, Matilda forms strong bonds with the Librarian Mrs Phelps and her class teacher Miss Honey. Together they give her the confidence to embrace her special gift and individuality which is needed to reclaim her life.

With an incredible cast of young performers, Matilda The Musical inspires and delights audiences both young and old.

This will be the very first time Matilda The Musical visits Hong Kong, following its well-received Singapore debut in early 2019. The show has also toured to Australia and New Zealand from 2015-2017.

To book your tickets, please visit HK Ticketing website or by calling 31-288-288. Seats can also be obtained at all HK Ticketing or Tom Lee outlets. 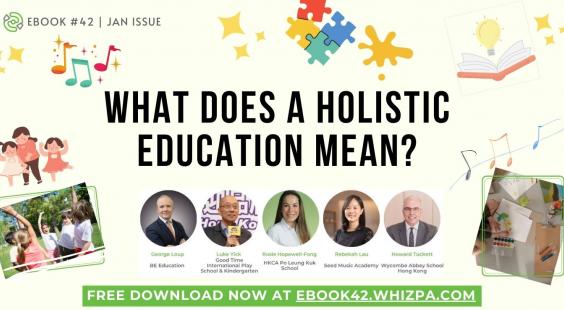 Whizpa
- COVID-19 has surely brought on a major transformation in the educational landscape across the world, and educationists globally have...
Read Article
International School Webinar for Parents (10 Feb 2023)

Whizpa
If you are exploring the possibilities of a good international school education in Hong Kong for your child, looking for help in your...
Read Article
Teaching Your Children Teamwork Through Football 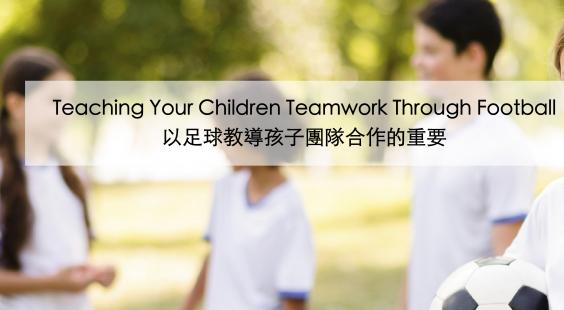 Teaching Your Children Teamwork Through Football

Whizpa
The quadrennial World Cup football tournament in Qatar ended last month, and many fans still relish the joy and excitement of those...
Read Article